The Simplest Way to Get Media Attention

Look at this Tweet from an (former) editor at The New York Times. 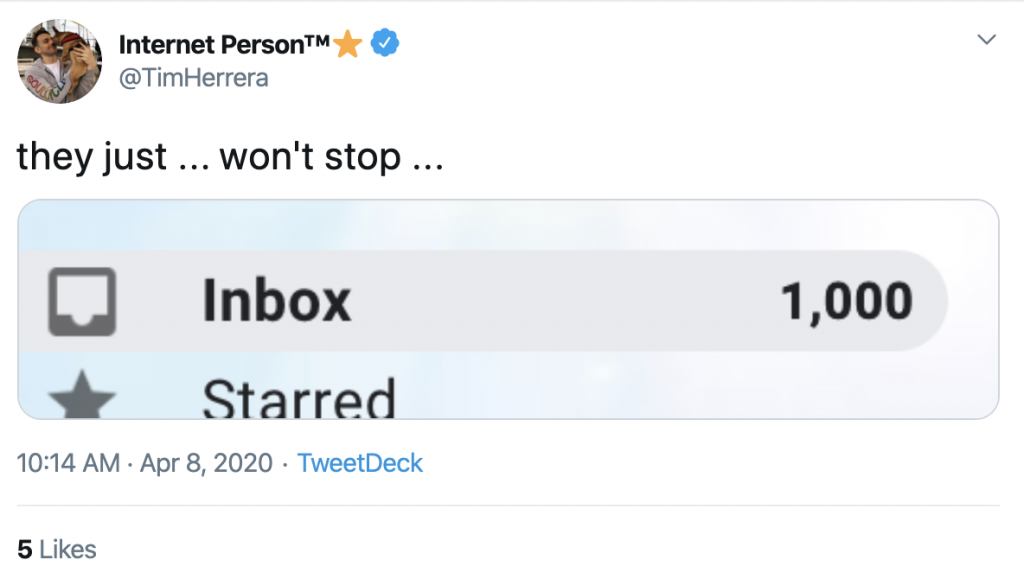 This is what the average editor’s inbox looks like every day.

An email counter that goes up more than it goes down. A wasteland of rows with black and white text and pitches from unrecognizable names, all vying for the editor’s already-stretched attention.

A dogpile of unread ideas, requests for interviews, and “hey, just following up…” messages — left ignored and to languish in this digital purgatory.

A barren — well, you get the idea.

But THAT is the reality.

THIS IS WHAT YOU’RE UP AGAINST.

And believe me, it’s gotten WORSE since 2020 (when the screenshot of the editor who shared a screenshot of his own inbox was taken…)

OK, if this is the reality, what are your options?

A Tale of Two Tactics

Most likely, you think about the following two options:

Tactic 1: Learn Press and Do It Yourself

They say, “If you want something done right, do it yourself.”

Fair, but let me ask you a question: How many hours do you ALREADY spend on your business?

All those emails and errands, the endless back-and-forths, the neverending to-do list, etc. Every. Single. Week.

Funny, this business was supposed to be a way for you to share what you were good at with the world. And yet that passion has, paradoxically, taken a backseat to all those tiny mundane tasks and skills in business that no one said you would need to learn, STAT.

And sure, I have every confidence that you COULD learn press on your own.

You COULD spend hours descending the Google rabbit hole reading how media works, how to get published, how to pitch the exact stories the media wants, who to contact, etc.

You COULD spend another week or so firing off a bunch of emails, not knowing for certain if you’ll hear back (but you can hope…*fingers crossed!*).

Do you really want to waste all of that time and energy for an uncertain ROI?

To send pitch after pitch that may never even get read? And you start to wonder if it even makes business sense to trade your own time to learn and try to do what someone else has already spent years learning. Perfecting. Further honing…

I KNOW you have better things to do. You have a business to grow. You have products and services to sell. You have things you’re actually good at. You have great ideas that the world needs to hear.

So what does that leave you with?

There’s a well-to-do entrepreneur who disclosed on his podcast how much he paid for his PR agency:

Whew, that’s a load of cheddar for PR…PER MONTH.

And what does that get you?

Definitely not Oprah’s number on speed dial, I’ll tell you that.

Instead you get little transparency, with things moving at such a glacial pace that you’re left wondering if anything is happening at all. I KNOW because I once worked with a publicist for one client’s book launch…and guess what happened in the middle of all the pitching?

I GOT PITCHED BY HER — OUR OWN PUBLICIST — AT AN OLD EMAIL ADDRESS. WITH MY NAME ON IT.

She neglected to do the easiest of due diligence to check who she was emailing, and just blindly mass emailed a pitch to one of the very people she was working with.

Look, I wish I was making this stuff up.

My client and I got so frustrated by her lack of results that we forged ahead with our own guerilla press and publicity tactics and got far more (and BETTER) results (read: New York Times best-seller list!).

Which brings me to a third tactic: Working with me to actually…

Get Seen, Get Published

Imagine waking up and having all of that taken care of for you as soon as you opened your laptop.

The relevant publications, other unexpected media like podcasts, the right contacts, including journalists, movers and shakers, and collaborators, ideas, etc. that are relevant to YOUR BUSINESS are already at your fingertips.

The exact ideas that editors at major publications would LOVE to hear about — and the effective pitches that will actually get your ideas READ — have already been written.

Your author bio not just written, but personalized for different media? Done.

Contacts that you can personally build a long-term relationship with? Already compiled.

A playbook like this takes years to learn to do quickly and effectively yourself. Not to mention, the time and number of mistakes it takes to perfect the process.

That’s where I come in.

Coming up with a media strategy for businesses like yours comes naturally to me because I’ve lived in and breathed media for over a decade, where I’ve been on both sides of the publishing table.

I was an editor at several publications, reaching tens of millions of readers every month, so I know exactly how editors think and what intrigues them; and I’ve taken that knowledge to publish over 500 of my own articles on the internet.

I’m not talking about blog posts. Here, take a look at some of the places I’ve been published: 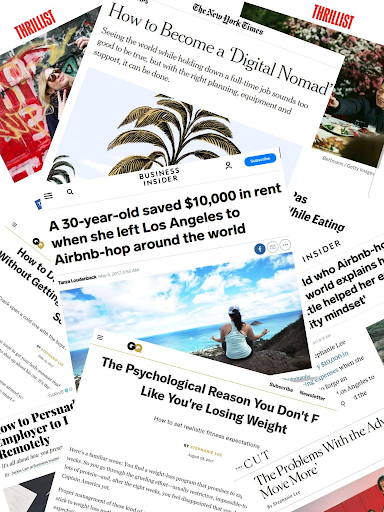 I’ve been published in the rigorously vetted The New York Times not just once, but multiple times. 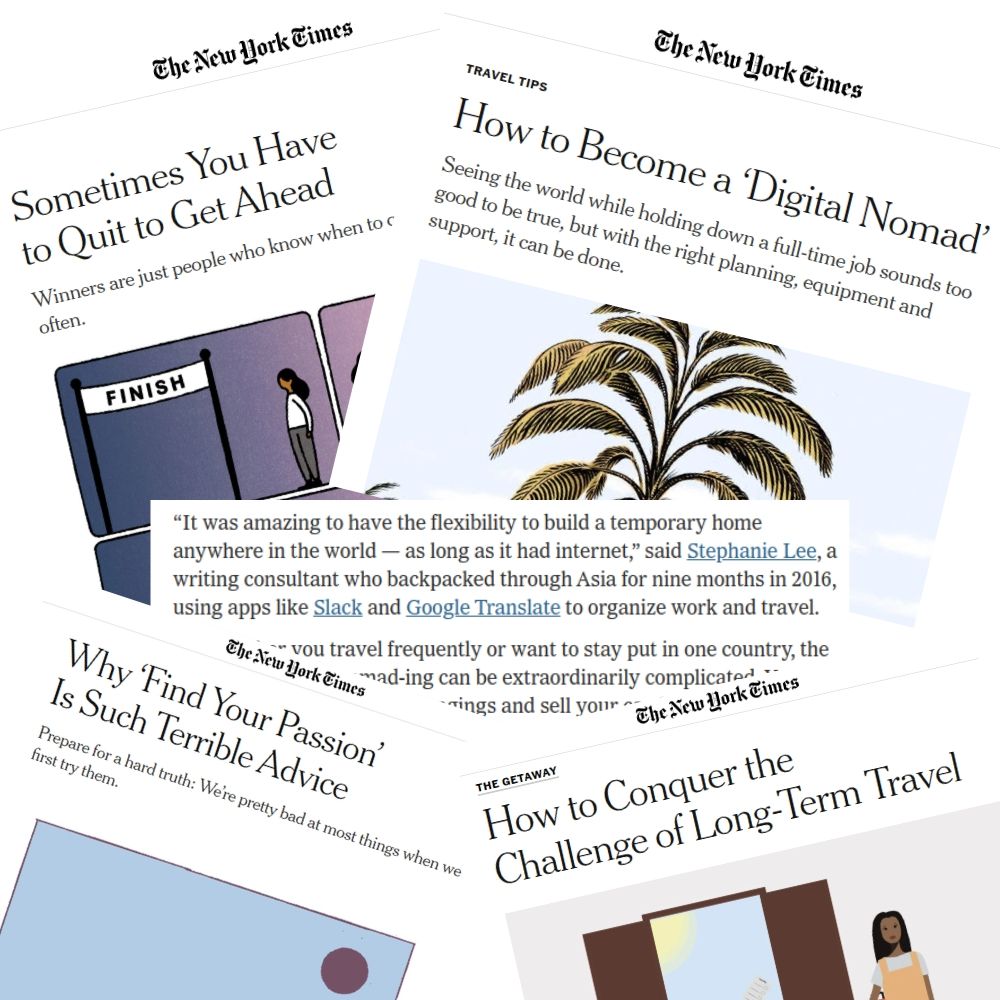 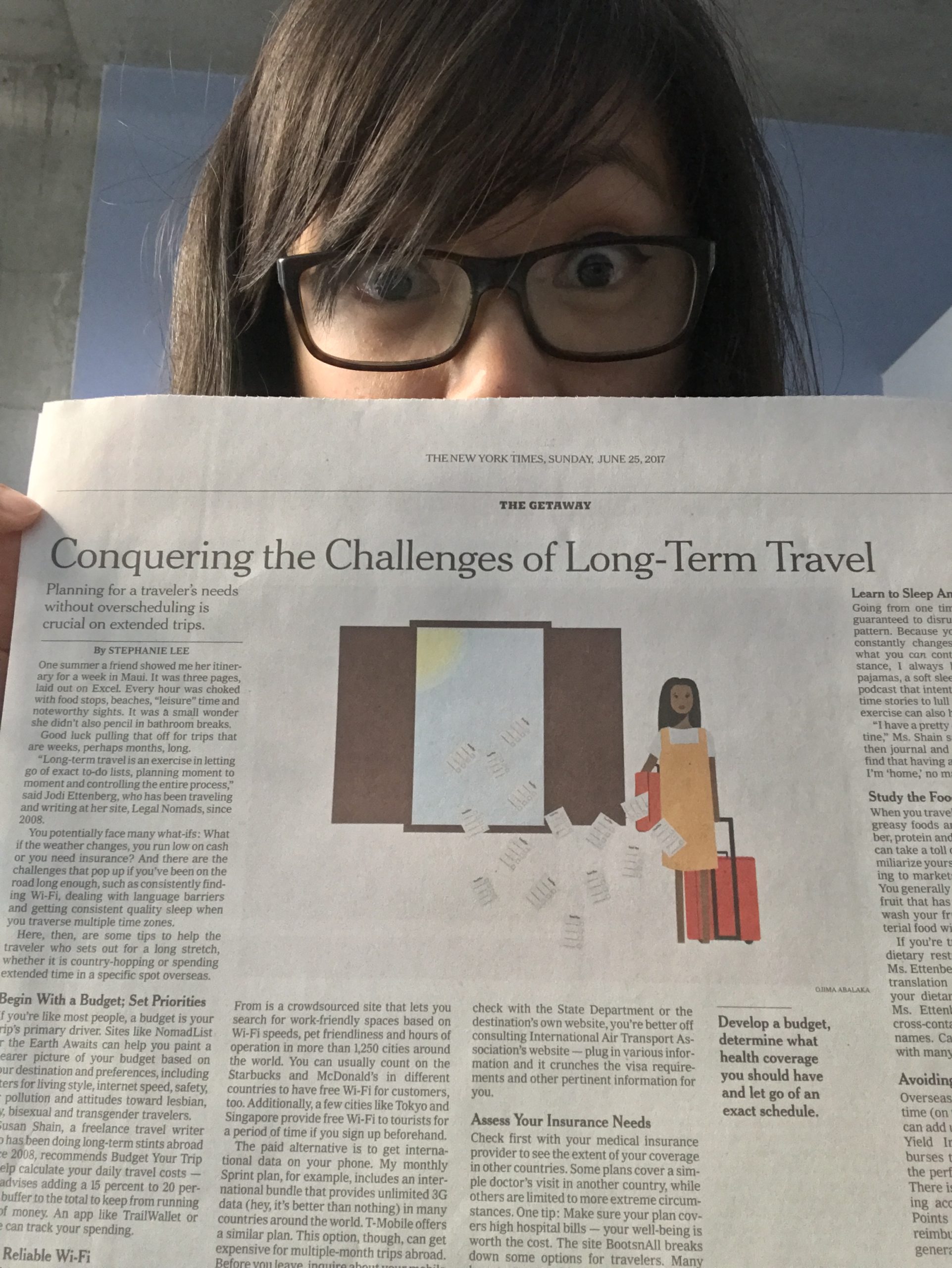 Of course, it’s not just myself. I do this for others, too.

The businesses and clients I’ve worked with, including New York Times and Wall Street Journal best-selling authors, have also been featured in places like:

All in all, the people I work with and my own writing have been featured…well, pretty much everywhere you’d want to be: The Only Media Strategy You Need

If you want MORE people aware of your business and what you do, to grow your business into a relevant household name, and improve conversion in your marketing and sales, I can help you.

I spend the time getting to know your business, your customers, your goals, and the nooks and crannies in order to orchestrate a fully bespoke, comprehensive, and cohesive strategy — not just a bunch of disconnected, random tactics.

What results is a clear and structured playbook that, when followed, gets you the customer awareness, exposure, and attention that will impact and elevate your business in the long term.

All the instructions and strategies are right there, fully customized for YOU, your GOALS, and YOUR BUSINESS.

It’s cut from the same playbook I run for my clients to get them published in many top-tier media. Here are just a few key features you’ll find in your Media Strategy Playbook:

And of course, you get to save yourself the time, energy, and headache of trying and testing all of the wrong things…with real results.

Stephanie helped me break into the mainstream. When I got to writing for Lifehacker, Thrillist, and other websites, I stopped having trouble filling my group coaching programs.

Plus, Stephanie helped one of my startup clients get on a mainstream publication at a pivotal moment in their funding, and they ended up successfully raising $15 million dollars thanks to her expertise. 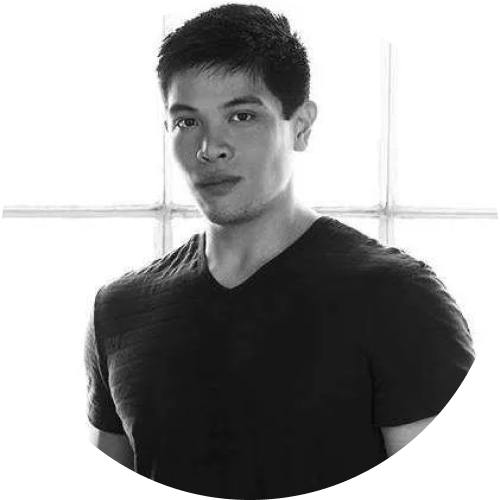 Stephanie helped me narrow down my idea generation process for article topics and content.

Before, I was trying to cover high-level information that was either unappealing or too complex for my target audience. She helped me step outside of the curse of expertise and get back in line with how to write more effectively for the people I was trying to reach. 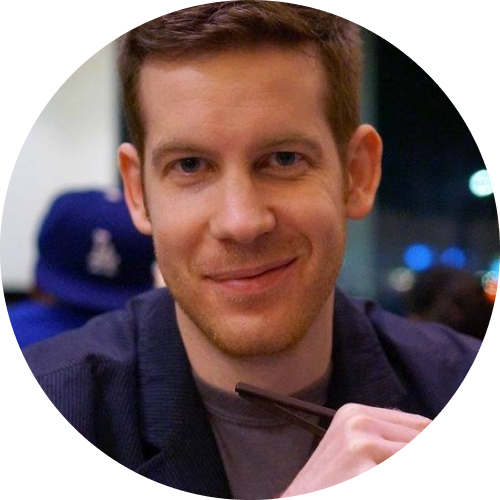 Why try to figure it out yourself?

Your strategy will be so “done for you” that it’s mostly copy and paste — and you don’t even need me to do it for you.

You (or an assistant-level staff member on your team) can just take it and execute.

Other PR agencies will charge you tens of thousands of dollars PER MONTH (remember our $20K friend?) for… generic press releases and pitches?

The ones that any business owner, blogger, or journalist with a lick of sense can sniff out in an instant.

Not to mention also using the exact same bio and pitch for every site, every contact in the press…makes you wonder if they even try — even a little bit?

No one wants a doomed strategy that wastes your investment, time, AND reputation. But it happens, and unfortunately, it happens more often than you think.

So many business owners come to me after they’ve sunk hefty investments only to be infuriated by middling results (or NOTHING AT ALL).

As a business owner, there’s a cost to everything we do, every decision we make.

You don’t need to waste it on the minutiae or “what ifs” or learning how to get media exposure on your own.

You’re an expert in your business and industry for a reason. You do what you’re good at and should focus only on that.

While I do what I’m good at and help you do the work that excites you and grows your business — and share your ideas with the world.

Ready to chat more and see how we can work together to transform your business?

Custom projects to work with me and my team start at $5,000. If that jives with you, fantastic!

Simply fill out the form below to get in touch. (Yes, it’s a stuffy contact form for formality’s sake. But I swear it’s a process thing, and I’m the nerdy human on the other side reading and responding — typically within 48 hours.